A couple of weeks ago, we attended a talk called Resilient Teens, Resilient Families. I'm sure...

A couple of weeks ago, we attended a talk called Resilient Teens, Resilient Families. I'm sure you've thought about this or came across articles on how critical it is to build resilience in kids. But the question is always - But how?

Lost in the Jungle: The Story of Yossi Ghinsberg

Yossi was lost in the unchartered Amazon for 21 days. Alone. Miraculously, he survived and has since gone on to become a motivational speaker, author, entrepreneur, adventurer. I hadn't heard of him not saw his movie (Daniel Radcliffe portrays him), but after this day, I would never forget his story. To say it was riveting is an understatement.

Imagine waking up to a body covered with termites eating away at your flesh.
Imagine finding a bump on your forehead, and having to use your fingers to dig out the 14 worms burrowed in there.
Imagine hearing the sound of a rescue copter/plane above you, you shouting and waving and running after it like a mad man, and then seeing it whizz past above you.

Yossi went through all that. And didn't give up hope. 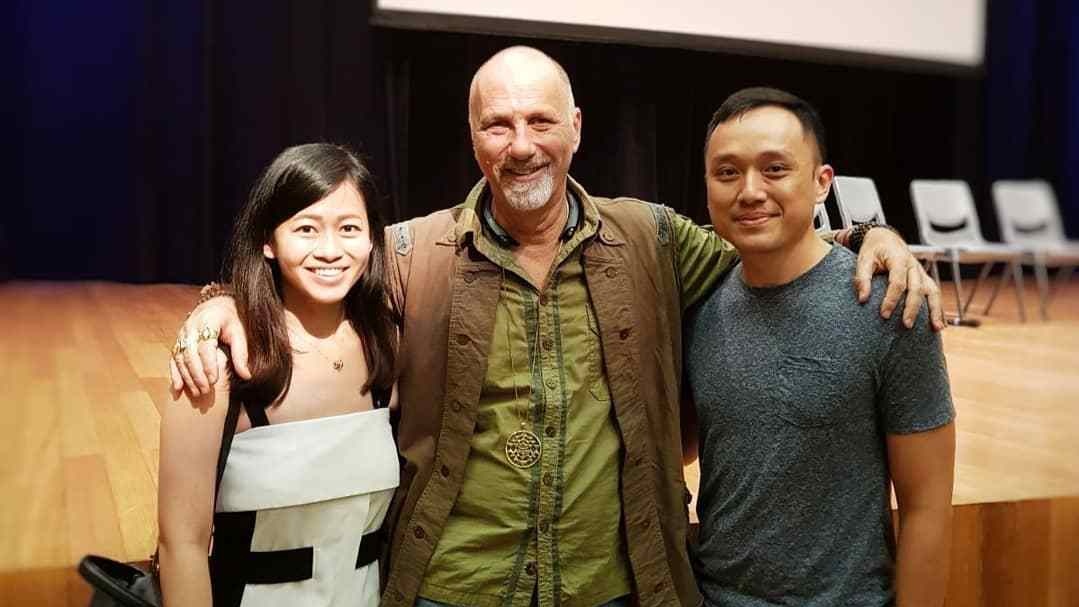 To be honest, this post is in part for myself, to remember all the key takeaways from that day, but I hope you find this useful too.
Note: The talk featured other panelist speakers and some of these nuggets of wisdom below were from them, not just from Yossi.

On Pain and Suffering

Pain is a physical event. Suffering is the story that we tell ourselves and layer on top of the pain.

We all go through difficulties and challenges that we can't control. In fact, it's prudent to expect change and challenges.
We have the power to accept pain, which lasts for a short while and then fades.
Or we can keep asking and questioning "Why me? Why now?" and continue suffering.

We've heard the saying "when life gives you lemons, make lemonade". But what does that really mean?
The key is actually to mentally reframe the situation.

Next time you face an unexpected twist of events, pause and ask yourself: "How, might it be possible, that this is a good thing?"

Force yourself to think of one potential bright side.
And if not, ask yourself - "How might I turn this into a good thing?"

Forget tough love.
Accept that our kids are growing up in a world that is different, better, than ours - and isn't that is what we want anyway? For them to have a better life?
Keep a real, honest, open conversation channel where they never feel judged.
Listen closely, not just on the surface.
Making them resilient isn't about throwing them into the deep end and hoping they float, but rather, to build trust and give hope and positivity.
Let them know that they are not alone.
In fact, instead of saying "Try to look at the bright side", tell them what the bright side is. "Try" insinuates that it takes effort to do and casts a shadow of negativity already.

And in order to do that, I think we have to first believe in ourselves. To be proponents of dreams. To push away skepticism which we have been so accustomed to. To embrace pain and not wallow in suffering. To understand that darkness is just the absence of light, it's not real, and we can get out of it.

Yossi also gave a few other life gems which I like.

On the Pursuit of Happiness

"The pursuit of happiness means it's something you have to aim for in the future. But there is only one moment in life that matters - now. So I've reframed Happiness to Happen-ness.

On why it's never too old, not too young, to embark on something new

"If you are going to dream, then dream big. Don't let the world's skepticism stop you from dreaming. Eliminate the word "But"." 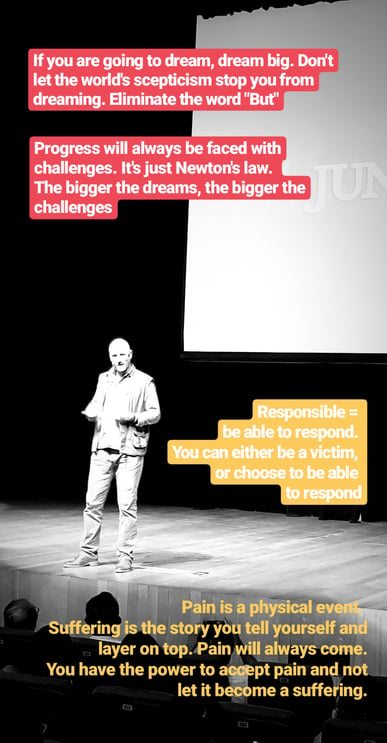